According to Aaron Wilson, the Dolphins worked out three centers on Sunday, including Cole Toner, Cohl Cabral, and Jake Lacina. 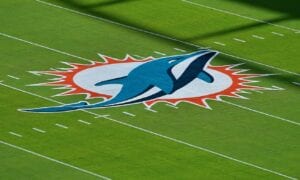 Toner, 28, is a former fifth-round pick of the Cardinals back in 2016. He lasted just over a year in Arizona before he was waived and later signed to the Bengals’ practice squad.

Toner had a brief stint with the Patriots before joining the Chargers during the 2017 season. The team placed him on injured reserve before later calling him up to their active roster in 2020.

The Chargers declined to tender Toner a restricted offer and he later signed a one-year deal with the Texans but was ultimately released before the start of the regular season. He then made his way back to Houston for the 2021 season.

In 2021, Toner appeared in and started one game for the Texans at center.