The Philadelphia Eagles have claimed OL Brett Toth off of waivers from the Cardinals on Wednesday, according to Field Yates. 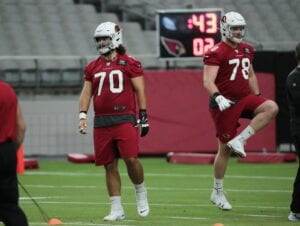 Toth, 24, fulfilled his first year of active military service and had been waiting to be allowed to join the Eagles and compete for a roster spot when President Trump announced that he would allow military academy athletes to get waivers to join pro sports teams upon graduation.

The Eagles waived Toth coming out of the preseason last year and he was later claimed off of waivers by the Cardinals. Arizona waived him with an injury designation at the start of the season and he reverted to their active roster.

Toth has yet to appear in an NFL game.