The Philadelphia Eagles announced Saturday that they’ve officially reduced their active roster down to the 53-man limit. 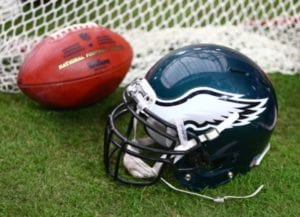 The full list of roster cuts for the Eagles includes:

Jones recently came up as a possible trade candidate for Philadelphia, so they clearly weren’t able to find an interested team.

In 2019, Jones appeared in 12 games for the Eagles and recorded 22 tackles, two interceptions and passes defended.

In 2019, Douglas appeared in all 16 games for the Eagles and recorded 35 tackles, no interceptions and 10 passes defended. Pro Football Focus has him rated as the No. 98 cornerback receiver out of 113 qualifying players.