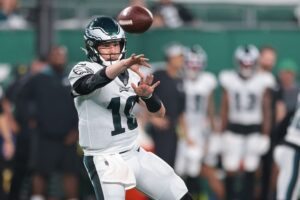 He re-signed as an exclusive rights free agent heading into 2020 but San Francisco declined to tender him as a restricted free agent this past offseason. The Eagles signed him to a contract in June.