Mike Garafolo of NFL Media reports that extension talks between the Chiefs and franchise LT Orlando Brown are expected to heat up early next week before the upcoming deadline. 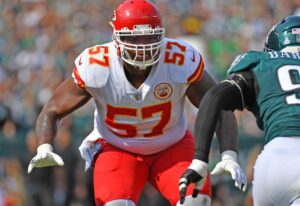 While nothing is considered imminent at this time, Garafolo says there is optimism that the two parties could potentially reach an agreement.

Brown said last month that he’s “very confident” that they will be able to get a long-term extension in place.

“Very confident. Very confident,” Brown said. “Especially simply based off the things that have come into effect within our division, the type of defensive ends that have been brought in, the type of players and all of that type of stuff. It’s not the year to go into the season with a backup left tackle. So, I’m very confident that the Kansas City Chiefs will get that done.”