The New York Giants brought in a group of free agents for tryouts on Monday including veteran TE Eric Ebron. 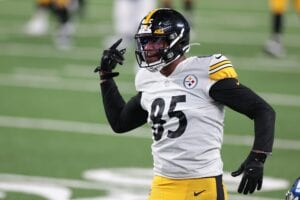 In 2021, Ebron appeared in eight games for the Steelers and caught 12 passes for 84 yards receiving and two touchdowns.