Pat Leonard reports that Giants WR Kadarius Toney had a minor arthroscopic procedure on his knee but is still expected to be ready for training camp. 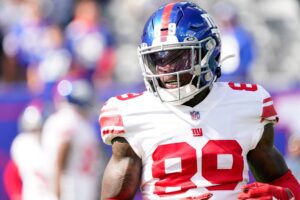 Toney had previously been absent from the Giants’ voluntary portion minicamp this offseason under new HC Brian Daboll.