Eugene Frennett reports Packers OC Nathaniel Hackett will have a second interview with the Jacksonville Jaguars for their HC vacancy. 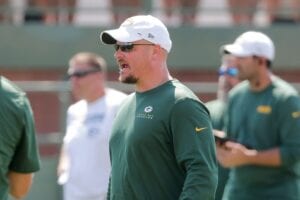 Reports from earlier in the day said that the Jaguars were working to finalize a deal with Leftwich. However, it appears Jacksonville isn’t ready to hire someone just yet.