According to Aaron Wilson, the Jaguars are elevating LB Ty Summers and OL Daryl Williams to their active roster for Week 4. 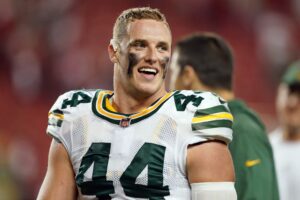 He was waived by the Packers and subsequently claimed by the Jaguars, who waived him as well and placed him on their practice squad.

In 2021, Summers appeared in 14 games for the Packers and recorded eight total tackles and a fumble recovery.