According to Aaron Wilson, the Jacksonville Jaguars brought in four players for a workout on Monday. 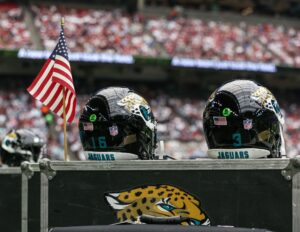 Nkansah, 26, signed on with the Titans as an undrafted free agent out of Toledo back in 2018. He was among Tennessee’s final roster cuts coming out of the preseason and signed with the Seahawks practice squad.

Indianapolis waived him just before the 2021 draft and he was later claimed by the Titans. Nkansah had a brief stint on the Jets’ practice squad.

In 2018, Nkansah appeared in one game for the Seahawks.

Whyte, 24, was selected in the seventh round out of Florida Atlantic by the Bears in 2019. He agreed to a four-year, $2.6 million contract and managed to make the 53-man roster coming out of the preseason.

Whyte spent all of last season on the Lions’ practice squad before a brief stint with the Bills this summer.