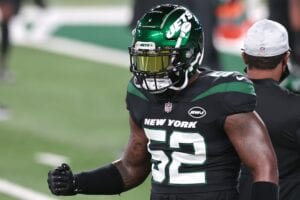 The Rams traded Ogletree to the Giants in 2018 for a fourth-round pick and a swap of late-round picks. New York opted to release him this past February and he just recently signed on to the Jets’ practice squad.

In 2020, Ogletree has appeared in two games for the Jets and recorded three tackles.