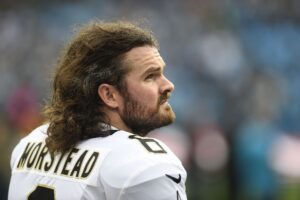 Morstead was among a large group of players who tried out for the Jets.

This comes after Jets P Braden Mann left Sunday’s game vs. Carolina with a knee sprain that will sideline him for four to six weeks.

Morestead, 35, was originally drafted in the fifth round by the Saints back in 2009. In 2012, Morstead signed a six-year contract extension worth $21.9 million. Morstead re-signed with the Saints again in 2018, this time with a four-year, $15.85 million.

The Saints released Morstead in March with two years left on his contract.

In his 12-year career, Morstead has played in all but two possible games, recording an average of 46.5 yards per punt.