The New York Jets brought in free agent K Eddy Pineiro for a tryout on Thursday. 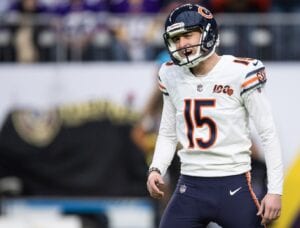 Pineiro, 26, wound up signing on with the Raiders as an undrafted free agent out of Florida in 2018. He was, unfortunately, placed on injured reserve with a groin injury coming out of the preseason and missed the entire year.

The Raiders traded him during the offseason to the Bears and he was named the winner of the team’s kicking competition that summer. He missed the entire 2020 season with another groin injury.

The Colts signed Pineiro to a one-year deal for the 2021 season but he was cut and subsequently joined Washington’s taxi squad. Washington released him from their practice squad in September with an injury settlement.