The Lions have activated S Jalen Elliott from the COVID-19 list, per Dave Birkett. 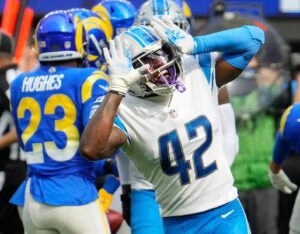 Elliott returned to practice on Wednesday.

Elliott, 23, signed with the Lions as an undrafted free agent out of Notre Dame following the 2020 NFL Draft. He was waived by the team coming out of training camp, however, and re-signed to the practice squad before being promoted last month.

Detroit brought Elliott back on a futures deal for the 2021 season. He was waived again after the preseason and signed back to the practice squad and has bounced back and forth between there and the active roster.

In 2021, Elliott has appeared in seven games and recorded 11 total tackles and no tackles for loss or interceptions.