Tom Peliserro reports that the Lions are expected to hire former NFL QB Mark Brunell for their vacant QB coach position. Pelissero adds that Brunell will likely be a key mentor for the successor of QB Matthew Stafford. 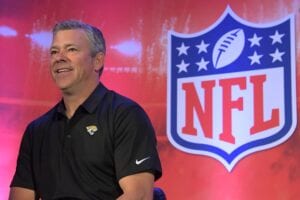 Ian Rapoport of NFL Media had previously mentioned that Detroit was interviewing Brunell for the position.

He is expected to join a number of former players on the Lions’ coaching staff should he get the job. He currently hosts a radio show in Jacksonville.

Brunell, 50, played 19 seasons at quarterback for the Packers, Jaguars, Washington, Saints and Jets. He was a three-time Pro Bowler and won a Super Bowl as a backup with the Saints in 2009.

Since retiring, Brunell has dabbled in numerous business ventures as well as coaching high school football.