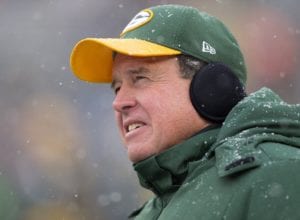 Capers was with the Vikings for the 2020 season, but Minnesota declined to renew his contract in recent weeks.

Capers, 70, has worked for a number of teams of his NFL career including two head coaching stints with the Panthers and Texans. The Packers hired him as their defensive coordinator in 2009 and he spent nine seasons in Green Bay in charge of their defense before being fired after the 2017 season.

Capers produced one top-10 defense that happened to be the year Green Bay won the Super Bowl.