The Detroit Lions have released veteran LB Jamie Collins on Tuesday after they recently attempted to trade for him. 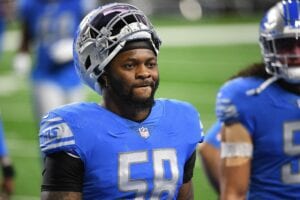 ESPN’s Jeremy Fowler recently mentioned that other teams were waiting out the Lions to eventually release Collins instead of trading for him.

The Lions want to make way for younger options at linebacker, which is why they are ready to move on from Collins.