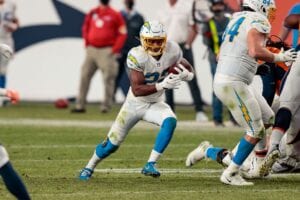 Jackson, 26, is a former seventh-round pick of the Chargers back in 2018. After Jackson spent September of 2018 on the practice squad, the Chargers elevated him to the active roster, where he’s been ever since.

Jackson played out the final year of his four-year, $2.5 million deal with Los Angeles and has been testing the open market as an unrestricted free agent this offseason.