The Detroit Lions brought in four free agents for tryouts on Monday, according to Albert Breer. 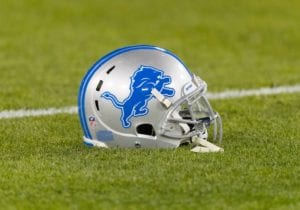 The full list of tryouts for the Lions includes:

Haley, 24, signed on with the Giants as an undrafted free agent out of Penn State back in May of last year. He finished his two-year, $1.05 million deal and was set to be an exclusive rights free agent this offseason before signing a one-year extension.

However, New York elected to cut him loose coming out of training camp.

In 2019, Haley appeared in 15 games for the Giants and recorded 43 total tackles, four tackles for loss, one sack, and no interceptions.

Taylor was in the final year of a four-year, $3.626 million contract when the Browns signed him to a three-year, $15 million deal. He then traded to the Cardinals for a 2020 sixth-round pick in 2018.

From there, Taylor had brief stints with the Broncos and Seahawks before finishing out the 2019 season with the Falcons. The 49ers opted to sign him to a contract in July before releasing him coming out of training camp.

In 2019, Taylor appeared in nine games for the Seahawks and three for the Falcons, recording 22 tackles and three pass defenses. 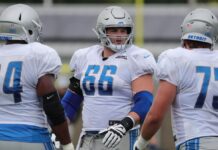 186,519FansLike
7,623FollowersFollow
275,987FollowersFollow
© NFLTradeRumors.co is an independent news source and has no affiliation with the National Football League (NFL), NFL.com, or any team(s).
wpDiscuz