Ralph Vacchiano of SNY, citing a source who has spoken to Giants S Landon Collins, reports that Collins expected a long-term deal and will not be happy with a franchise tag.

“He thought he was going to get a contract,” said one source who has spoken to Collins about his situation. “He’s not going to be happy if he gets the franchise tag, and it looks like that’s what will happen.” 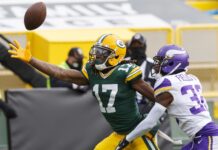