The Cincinnati Bengals seem to be dominating the rumor mill since Carson Palmer has decided to make it known that he no longer wants to be a Bengal anymore. A trade would have a direct impact on the teams offseason strategy as well as their ability to re-sign some of their impact free agents like Cedric Benson and Johnathan Joseph.

“How will Palmer’s decision impact other free agents? Cincinnati will be rebuilding this year, and that process will take even longer if the team loses its franchise quarterback,” Walker posited. “Good, veteran players such as cornerback Johnathan Joseph and tailback Cedric Benson are free agents and have to decide if they want to come back to a team that probably won’t win many games if Palmer isn’t there.”

Benson has already indicated that he would expect to see changes regarding the teams offensive direction before he would re-sign with the Bengals.

Joseph mentioned that he would be open to being franchised if that’s even an option by the time a new CBA is in place. Since Joseph has developed into an elite CB option, there will be no shortage of suitors for him if and when he becomes a free agent but if the Bengals end up trading some of their star players, they may also lose the ability to retain star players. 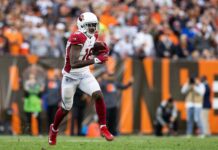 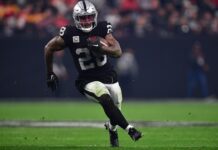