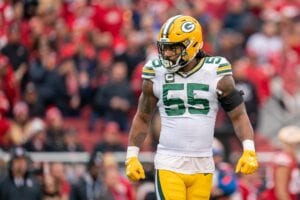 The Packers were forced to place Smith on injured reserve after his back injury and did not get any better to the point where he was forced to undergo a second surgery.