Tom Pelissero of NFL Media reports that the Packers are re-signing TE Marcedes Lewis to a two-year, $8 million contract that includes $2.1 million guaranteed. 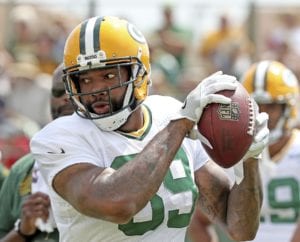 Lewis, 36, is a former first-round pick of the Jaguars back in 2006. Lewis was in the final year three-year, $12 million contract that included $5 million guaranteed when the Jaguars released a few years ago.

The Packers later signed Lewis to a contract and he’s spent the past three years in Green Bay.

In 2020, Lewis appeared in 15 games for the Packers and caught 10 passes for 107 yards and three touchdowns.