According to Bill Huber, the Packers are signing CB Corey Ballentine to their practice squad on Wednesday following a successful workout the previous day. 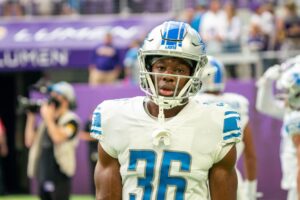 He signed a futures deal with the Falcons last offseason but was among Atlanta’s final roster cuts. Ballentine briefly caught on with the Cardinals practice squad earlier this month.

In 2021, Ballentine appeared in four games for the Lions as a return specialist, recording four kickoff returns for 94 yards.