Ian Rapoport of NFL Media reports that the Panthers are set to host free agent QB Dwayne Haskins for a visit on Monday. 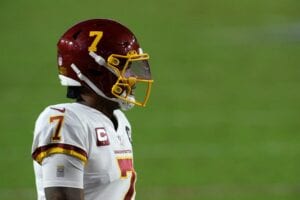 Rapoport says there are other teams interested in Haskins and they would likely only pay him the minimum.