Joe Person of the Athletic reports that the Panthers are signing LB Kamal Martin to their practice squad on Friday. 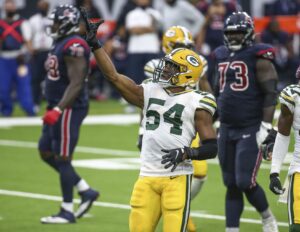 Martin visited with the Panthers on Thursday and it looks like everything checked out from their end.

Martin was entering the second year of a four-year rookie deal worth $3,566,063 that included a signing bonus of $271,063 when the Packers waived him in recent weeks.

The Seahawks hosted Martin for a tryout last week but he left Seattle without a contract.

In 2020, Martin appeared in 10 games and recorded 23 total tackles, three tackles for loss, and one sack.

Panthers Have Reached Out To CB Richard Sherman