Ian Rapoport reports that the Patriots are claiming QB Jake Dolegala off of waivers from the Packers on Wednesday. 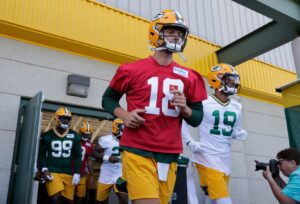 The Patriots signed Dolegala to their practice squad soon after and spent the rest of the season on and off of the unit. New England waived Dolegala in April. He signed on with the Packers a month later.