According to Field Yates, Patriots G Michael Onwenu is expected to return to practice today and be activated from the COVID-19 list. 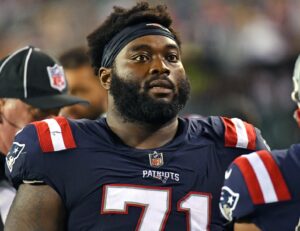 This is a big boost to New England’s offensive line which was down four starters in Week 5.

In 2021, Onwenu has appeared in four games for the Patriots and made four starts at left guard. Pro Football Focus has him rated as the No. 4 guard out of 74 qualifying players.