Jeff Howe reports that Patriots LT Isaiah Wynn is expected to report to minicamp at Gillette Stadium after skipping out on voluntary offseason workouts. 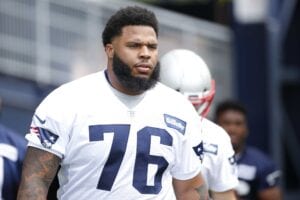 The Patriots then picked up the fifth-year option on Wynn’s deal that will see him earn a salary of $10.413 million for the 2022 season.

In 2021, Wynn appeared in 16 games for the Patriots and made 15 starts at both tackle and guard.

We will have more news on Wynn as it becomes available.