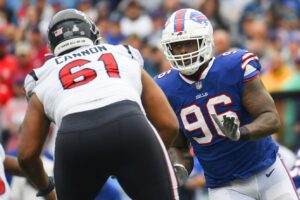 Cannon, 34, is a former fifth-round pick of the Patriots back in 2011. He was in the final year of his three-year, $9 million contract when the Patriots signed him to a five-year extension worth $32.5 million that included $14.5 million guaranteed.

New England traded Cannon to the Texans last year. However, Houston cut him loose back in March and he eventually returned to the Patriots on a practice squad deal.

In 2021, Cannon appeared in four games and made four starts at right tackle for the Texans.