Per Jourdan Rodrigue, the Rams have activated P Johnny Hekker off the COVID-19 list. 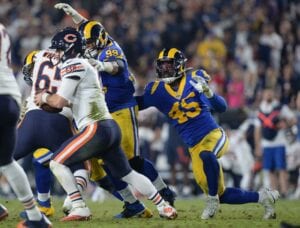 Anchrum and Okoronkwo must miss a minimum of three weeks before they are eligible to return from IR.

He then signed a one-year extension worth $4.25 million with the team back in 2019 which extended his contract into the 2023 NFL season.