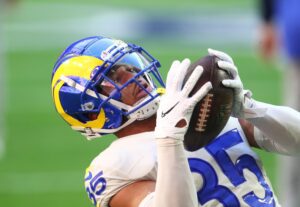 Jones, 24, wound up going undrafted out of SMU back in 2020. He later signed a rookie contract with the Rams.

Los Angeles opted to waive Jones with an injury designation on Friday.