According to Tom Pelissero, the Texans and new HC David Culley have agreed to terms on a five-year deal.

Ian Rapoport reports that the Texans have, in fact, offered the job to Ravens assistant HC/passing game coordinator David Culley to be their next head coach and he will accept it.

A source tells Josina Anderson that Culley got the change will be Houston’s next head coach.

Tom Pelissero is reporting that the Texans are working towards a deal to hire Ravens assistant HC/passing game coordinator David Culley as their next head coach.

John McClain of the Houston Chronicle reports that Ravens assistant HC/passing game coordinator David Culley has emerged as a “serious candidate” to be hired as the Texans’ next head coach over Bills DC Leslie Frazier. 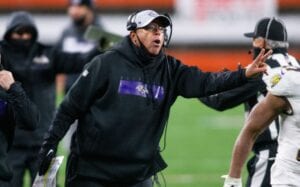 Culley had an in-person interview Wednesday afternoon with the Texans. McClain says Culley impressed the Texans with his “personality, confidence, preparedness and what they believe is an ability to stand in front of his players and command the room.”

McClain notes that Culley would be an “outside-the-box” hire, considering that he’s never been a coordinator in the NFL.

Frazier also impressed the team throughout the process and is among the finalists for the job. According to McClain, Frazier had a slight edge over Culley as of this morning, but Culley apparently made a compelling case during his interview and could end up being the choice when all is said and done.