The Baltimore Ravens tried out veteran DB T.J. Carrie on Tuesday, who worked out for the Saints last month. 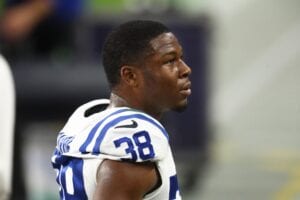 Carrie, 32, was originally a seventh-round pick by the Raiders in 2014 out of Ohio University. After four years with the Raiders, Carrie signed a four-year, $31 million with the Browns, but he was released after two seasons.

He signed a one-year, $1 million deal with the Indianapolis Colts in 2020 and re-signed on another one-year deal last year.

In 2021, Carrie appeared in 11 games and recorded 22 tackles, one fumble recovery, and one pass defense.