The Bengals officially announced the signing of G Mike Pollak on Friday.

Pollak, 29, signed a one-year deal with the Bengals last year and appeared in eight games last season and graded out as an above average guard, according to Pro Football Focus.

Clint Boling suffered an ACL tear last year, so it appears as though Pollak could provide some decent depth in case his recovery takes a little while. 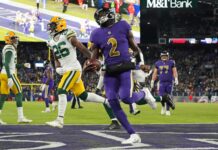