The New Orleans Saints announced eight roster moves on Friday, including the activation of WR Deonte Harty, formerly known as Deonte Harris from the COVID-19 list. 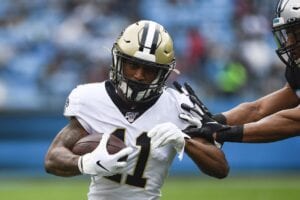 Harris, 24, wound up going undrafted out of Assumption last year. He later signed a three-year, $1.755 million contract with the Saints and managed to make the 53-man roster coming out of the preseason.

In 2021, Harris has appeared in 11 games and caught 31 passes for 523 yards and three touchdowns while rushing for 32 yards on four carries. He also has 591 kick return yards and 191 punt return yards.