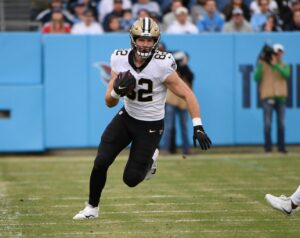 The Saints also signed DT Braxton Hoyett to their practice squad and released LB Chase Hansen from the unit.

In 2021, Trautman has appeared in 10 games for the Saints and caught 25 passes for 241 yards receiving and one touchdown.