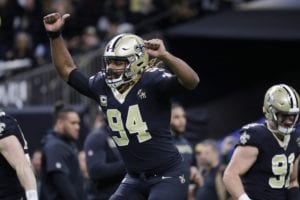 This opens a three-week window of time for the Saints to activate Roach from injured reserve and add him to their 53-man roster.

In 2021, Jordan has appeared in 12 games for the Saints and recorded 38 tackles, four sacks, a forced fumble and four pass deflections.