The New Orleans Saints announced they are placing LB Pete Werner on the non-football injury list. 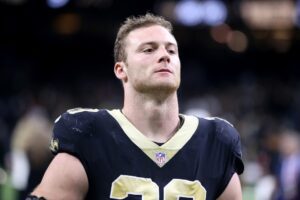 Werner, 24, was a second-round pick by the Saints in the 2021 draft out of Ohio State and signed a four-year rookie deal with the team.

In 2021, Werner appeared in 15 games for the Saints, making eight starts and recording 62 tackles.

We will have more news on Wener as it becomes available.