According to Ian Rapoport, the Seahawks are open to making Jamal Adams the league’s highest-paid safety. However, the organization would like to keep his potential extension below LB Bobby Wagner‘s $18 million per year. 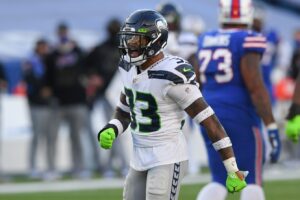 Rapoport adds that this would likey mean Seattle is eying a deal in the $17 million annual range.

Adams is entering the final year of his deal and is seeking a contract extension that makes him the NFL’s highest-paid safety, so this doesn’t come as a big surprise.

The Jets exercised Adams’ fifth-year option before ultimately trading him to the Seahawks for a package including two first-round picks. The option will cost the Seahawks $9.86 million for the 2021 season.