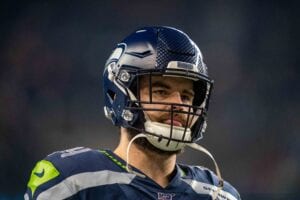 Bellore, 29, originally signed on with the Jets as an undrafted free agent out of Central Michigan. Unfortunately, his 2016 season ended with him being placed on injured reserve with an elbow injury.

Bellore had brief stints with the 49ers Lions and 49ers before the Seahawks signed him to a two-year, $2.2 million contract last year. He was released this past weekend.

For his career, Bellore has appeared in 135 games for the Jets, 49ers, Lions and Seahawks and caught eight passes for 62 yards receiving and two touchdowns.