Ian Rapoport of NFL Media reports that the Seahawks are releasing CB Tre Flowers after he recently requested his release from the team. 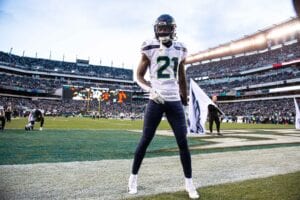 Flowers is subject to waivers so he could be a priority claims for one of the teams with the worst record in the NFL.

Flowers, 26, is a former fifth-round pick of the Seahawks back in 2018. He’s currently in the final year of his four-year rookie contract.

Flowers is in line to be an unrestricted free agent in 2022.

In 2021, Flowers has appeared in five games for the Seahawks and recorded 16 tackles and no interceptions.