Seahawks S Jamal Adams is believed to have torn his quad, per Ian Rapoport, which would likely be a season-ending injury for the veteran safety.

Adams suffered what appeared to be a knee injury in Monday night’s win against the Broncos and was carted off the field and into the locker room. 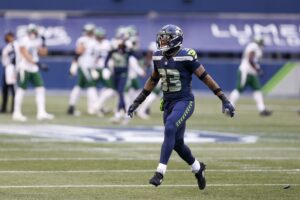 Seattle quickly listed Adams as doubtful to return and after the game HC Pete Carroll called it a serious injury.

Seattle signed him to a four-year, $70 million extension in August of 2021.