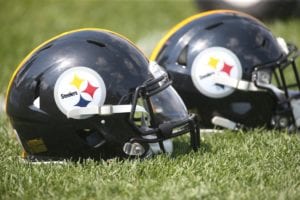 Pittsburgh also claimed C Ryan McCollum off of waivers from the Lions and waived C Nate Gilliam in a corresponding move.

Miller was owed a non-guaranteed base salary of $1,210,050 for the 2021 season when the Texans waived him in October. He later signed on to the Steelers’ practice squad and returned on a futures deal for 2022.

Joseph, 28, is a former first-round pick of the Raiders back in 2016. He finished his four-year, $11.88 million contract and was testing the open market when he signed a one-year contract with the Browns last year.

Pittsburgh brought Joseph back on a futures contract this past March.

In 2021, Joseph appeared in two games for Pittsburgh and recorded two total tackles and one pass defended.