Gerry Dulac of the Pittsburgh Post-Gazette reports that the Titans are interviewing Steelers senior defensive assistant/secondary coach Teryl Austin for their defensive coordinator. 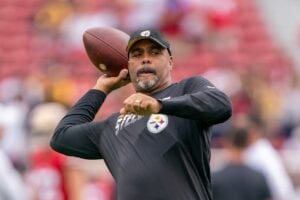 Tennessee operated without a true defensive coordinator last year and split duties between HC Mike Vrabel and other members of the defensive coaching staff.

However, Vrable made it clear that they would be hiring a defensive coordinator this offseason.

The Lions made the decision to move on from Austin after hiring Matt Patricia as head coach. He had a brief stint with the Bengals before joining the Steelers for the 2019 season.