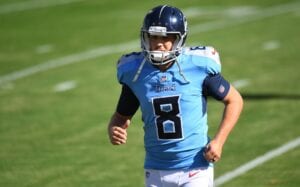 Allen, 30, wound up signing on with the Patriots as an undrafted free agent out of Louisiana Tech back in 2013. Allen had one year remaining on his rookie contract when he and the Patriots agreed to a new three-year extension back in 2015.

Allen re-signed with the Patriots last year only for the team to cut him loose during the preseason. The Falcons signed him to a contract a few months later and he was on off of their roster throughout the season.

Atlanta brought Allen back on a one-year deal this past February before releasing him in August. The Titans signed him to a contract a few weeks ago.