According to Aaron Wilson, the Titans brought in three players for workouts on Thursday including WR Pharoh Cooper, RB Dontrell Hilliard, and WR Brandon Powell. 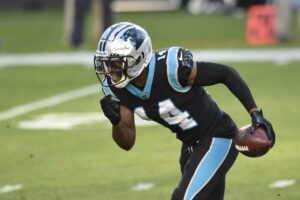 Cooper, 26, is a former fourth-round pick of the Rams out of South Carolina back in 2016. He was in the third year of his four-year, $2.89 million contract when he was waived by the Rams in 2018 and claimed by the Cardinals.

He signed on with the Jaguars last offseason but was among their final roster cuts coming out of the preseason.

In 2020, Cooper appeared in all 16 games for the Panthers and caught five passes for 73 yards. He also totaled 430 kickoff return yards and 117 punt return yards.