Ian Rapoport reports that the Bengals are trading QB Ryan Finley to the Texans on Friday. 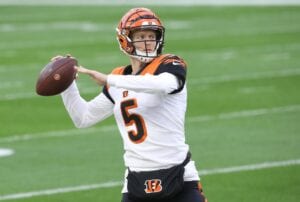 This comes after Cincinnati was reportedly set to release Finley in order to free up cap space. Instead, they were able to strike a deal with Houston.

According to OverTheCap.com, trading Finley will free up $652,586 of available cap space while creating $394,828 in dead money.

In 2020, Finley appeared in five games for the Bengals and completed 53.1 percent of his pass attempts for 164 yards, one touchdown and two interceptions. He has also rushed for 66 yards and a touchdown. 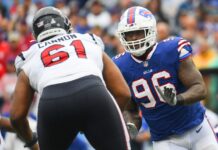