According to Tom Pelissero, the Eagles are trading WR JJ Arcega-Whiteside to the Seahawks in exchange for DB Ugo Amadi. 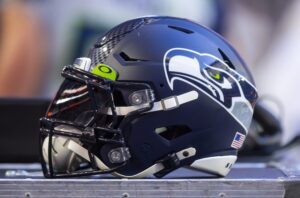 Brady Henderson reported earlier that Seattle planned to waive Amadi to get down to 85 players today. As sometimes happens, a deal materialized before then.

Both players will now get fresh starts with new teams to try and compete to make the roster.

In 2022, Arcega-Whiteside appeared in 16 games for the Eagles and caught two passes on five targets for 36 yards.

Amadi, 25, was drafted by the Seahawks in the fourth round out of Oregon in 2019. He’s in the final year of his four-year, $3.165 million rookie deal and set to make a base salary of $2.54 million in 2022 under the proven performance escalator.

In 2021, Amadi appeared in all 17 games for the Seahawks and recorded 54 total tackles, one fumble recovery, one interception and six pass deflections.