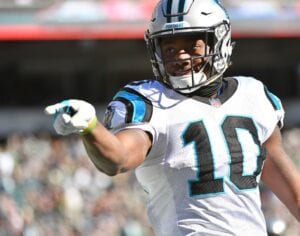 Recent reports indicated that Washington was likely to get Samuel under contract and it appears as though they were able to hammer out the details of an agreement.

Samuel has obvious ties to Washington with Ron Rivera and Marty Hurney. He also gives them some much needed help at the receiver position.

Samuel, 24, is a former second-round pick of the Panthers back in 2017. Samuel played out the final year of his four-year contract worth $6,453,660 that included a signing bonus of $2,833,572 and was testing the open market as an unrestricted free agent for the first time in his career.